UPDATE: Manhunt continues but shelter in place is lifted 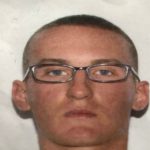 UPDATE: Roanoke Police have lifted the shelter in place advisory for the Grandin Road area near Patrick Henry School, but police say they do not know where murder suspect Michael Brown may be. Anyone living in or driving through the Grandin Village area is urged to lock their homes and vehicles.

UPDATE FROM ROANOKE POLICE: The shelter in place for the Grandin Road area near Patrick Henry High School has been lifted, but Roanoke Police urge residents to remain vigilant and report any suspicious activity. Remember to lock your vehicles and homes. Stay tuned to social media outlets for updates.

PREVIOUS: Roanoke Police say the search remains centered in the Grandin Village neighborhood for murder suspect Michael Brown. And they urge everyone to use proper precautions in their homes and vehicles. WFIR’s Evan Jones has the latest.

PREVIOUS: State Police explosives experts are searching the RV Michael Brown was believed to be using. The vehicle was found overnight in the Grandin neighborhood, and it is being checked to determine if any explosives were inside it.

PREVIOUS: The search for a weekend murder suspect has led police to the Grandin neighborhood of Roanoke — and the closure today of all Roanoke City Schools. This comes after a caller reported a possible sighting last night of Michael Brown near Patrick Henry High School. There is a heavy police presence now throughout that neighborhood, and all Roanoke schools are closed as a precautionary measure. People living in that area are urged to shelter in place and keep their doors locked.

Police found an RV in the area that is believed to be the one Brown was using.

NEWS RELEASE: Roanoke Police Chief Tim Jones, along with other law enforcement partners, held a press conference this morning about the manhunt for Michael Alexander Brown. He is believed to be in the area near Patrick Henry High School and is considered armed and dangerous. THIS IS NOT A SCHOOL SHOOTING OR SCHOOL INCIDENT. If you see Michael Alexander Brown, please call 1-877-926-8332 or 911. His vehicle was discovered on Tillett Road, SW. Police believe he may be on foot in the area. Residents are asked to use extreme caution, lock all doors, and be on the lookout. To watch the press conference, visit