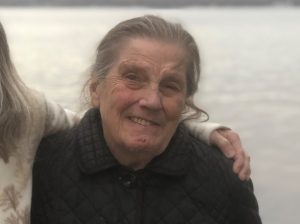 An 87-year-old Bedford County woman reported missing this morning in the Goode area was found by noontime. The sheriff’s office says Rose Sorenson is in the early stages of dementia, and she had been last seen yesterday evening.

UPDATED NEWS RELEASE: Rose Sorenson has been located and is being transported back to her residence.

PREVIOUS: Bedford County Sheriff’s Office news release: At 8:55 a.m. Bedford 911 dispatchers received a call from a person on Lankford Mill Road reporting his 87 year old mother was missing from their home. He advised that she was last seen around 7:00 p.m. last night. Her name is Rose Sorenson and is in the early stages of dementia. She is believed to be wearing black and gray sweat pants and the same color shoes. She is a white female and no further description is available at this time.

Anyone with information is asked to call 911.