A photo on Facebook shows graffiti on the “End Racism Now” mural this weekend — the graffiti is a quote from Kionte Spencer’s Facebook being critical of police before he was killed in an altercation with police. WFIR News has spoken with two individuals who spotted the graffiti Saturday morning. We also observed a heavy police presence around the mural for most of that day. Kionte Spencer, an 18-year-old Hidden Valley High School student, died in February of 2016 after he was shot by Roanoke County police while carrying a realistic-looking BB gun in his right hand near the intersection of Brambleton Avenue and Electric Road. 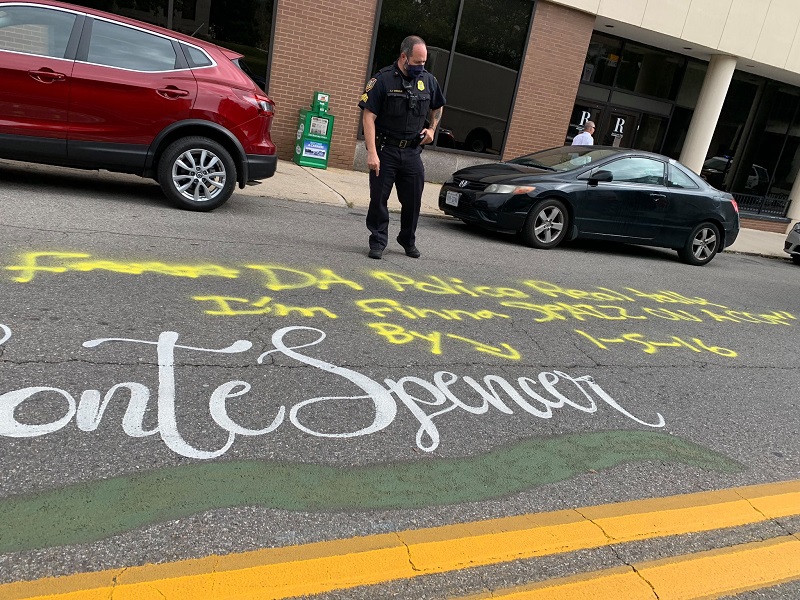