Roanoke College is now remembering the contributions of enslaved workers in building the first structures at its Salem campus, including the best-known to this day.  The college never owned slaves, but contractors hired to erect buildings at its founding used slave labor, and two plaques were unveiled Thursday that pay tribute to those slaves’ role in building the campus more than 175 years ago. This is not the end of that recognition; Roanoke plans to build a public monument to honor the historic contributions of slaves in southwest Virginia.  WFIR’s Evan Jones has more: 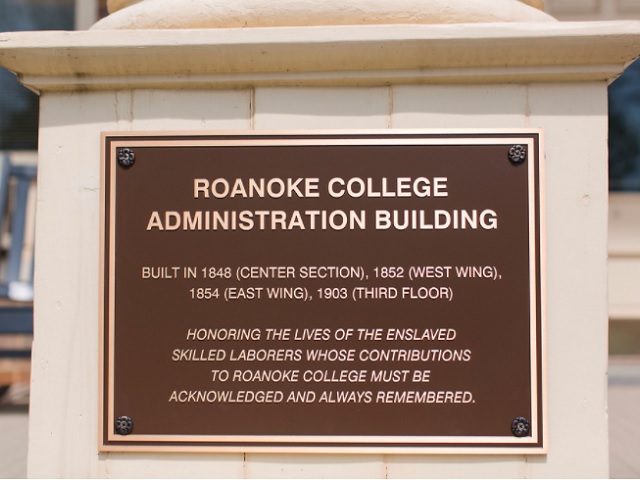