Roanoke attorney pleads guilty to lying about sex with clients 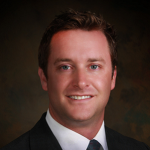 A Roanoke attorney pleaded guilty today to lying to the feds about exchanging legal services for sex acts – and about sharing marijuana and prescription drugs with his clients. Federal prosecutors say Scott Webber faces up to five years in prison and fines up to$250,000.

From the U.S. Attorney’s Office: Roanoke, VIRGINIA – A Roanoke defense attorney, who engaged in sexual activities with his clients, exchanged legal services for sexual acts from his clients, possessed and used controlled substances, and lied to federal agents about his conduct, pleaded guilty today in U.S. District Court in Roanoke, United States Attorney Thomas T. Cullen announced. Scott A. Webber, 38, of Roanoke, waived his right to be indicted and pleaded guilty today to a one count Information charging him with making materially false, fictitious and fraudulent statements in a matter within the jurisdiction of the Executive, Legislative, or Judicial branch of the Government of the United States. At sentencing, Webber faces a maximum statutory penalty of up to five years imprisonment and/or a fine of up to $250,000.

According to a statement of facts agreed to by Webber and read into the court record today by Assistant United States Attorney Zachary T. Lee, Webber was a licensed attorney and a member of the Virginia State bar whose practice included the representation of parties in both state and federal courts, and in both criminal and civil matters. Beginning in 2014, Webber represented Client #1 in matters related to driving under the influence and petty larceny. On two occasions, Client #1 had sexual intercourse with Webber in exchange for reduced legal fees.

From approximately 2012-2015, Webber represented Client #2 in multiple criminal matters. On one occasion, Client #2 told Webber she did not have money to pay him for his representation, to which Webber told Client #2 that if she performed oral sex on him he would submit a letter to the court that he was representing Client #2 and promised her she would not go to jail. Client #2 did perform oral sex on Webber and he continued to represent her. Between January 25 and January 27, 2016, Webber had conversations via text message with Client #3 in which they discussed meeting at his house and engaging in sexual activity in exchange for legal services.

Between August 2016 and December 2016, Webber and Client #4 engaged in sexual activity. On December 10, 2016, Webber discussed wanting Client #4 to engage in sexual acts with him before he would provide her representation in a custody matter. In addition, the statement of facts addresses instances in which Webber was in contact with at least three clients with which he was receiving and or distributing small amounts of marijuana, Adderall and/or other prescription medications.

On January 26, 2017, Webber was asked by special agents with the Federal Bureau of Investigation if he ever had sexual relations with a client, to which he responded, “Yea. No, no, I’ve not had sex with clients. I’ve certainly not had sex with clients, I’ve not had sex for pay ah in lieu of legal fees…” During the same interview, agents asked Webber if he ever received or distributed drugs. Webber answered “No,” “I haven’t distributed drugs,” “I haven’t used drugs period…”

The investigation of the case was conducted by the Federal Bureau of Investigation, the Bureau of Alcohol, Tobacco, Firearms and Explosives, the Virginia State Police and the Roanoke City Police Department. Assistant United States Attorney Zachary T. Lee is prosecuting the case for the United States.