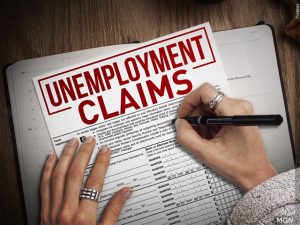 A state watchdog agency tells lawmakers that the Virginia Employment Commission is still answering just a small number of incoming calls from residents seeking unemployment assistance — and the VEC has been something less than forthright in saying it has significantly increased staffing to handle the flood of pandemic-related unemployment claims. WFIR’s Evan Jones has the story:

Lauren Axselle, who is leading a review of the commission for the state’s legislative watchdog agency, also raised concerns during her presentation in Richmond about staffing turnover, a technology modernization project and whether real progress was being made in working through a backlog of claims requiring adjudication.

Axselle’s brief presentation came as the Joint Legislative Audit and Review Commission staff are working toward an interim report about the employment commission in September and a final report in November.

The employment commission, like its counterparts across the country, was deluged with an unprecedented flood of applications for benefits at the start of the coronavirus pandemic. It also faced evolving demands to implement new federal aid programs.

While data show Virginia has done quite well in quickly processing simple unemployment benefits for eligible individuals, the state has at times been last in the nation for the timely processing of certain claims that require additional adjudication. Widespread complaints have also persisted about poor customer service. A lawsuit filed in April alleged “gross failures” to provide laid-off workers assistance as required by law.

In response to a lawmaker’s question Tuesday about whether the performance of the agency’s customer service call centers had improved, Axselle responded that “some of the numbers I believe look a little worse” than at the height of the pandemic.

“As of right now it looks like only a small portion of … calls are being responded to by VEC staff,” said Axselle, who told the lawmakers she did not have specific historical data at the ready to cite.

She also addressed the recent work by the employment commission to process the tens of thousands of backlogged claims that had been awaiting adjudication.

While the VEC has recently reported reducing a backlog that started around 92,000 to about 40,000 over about two months, Axselle said concerns have been raised that new adjudication issues had been added to the backlog in that time.

She also described staffing turnover among the workers brought on to address those claims, saying her agency was trying to determine what the actual increase in staff has been.

“The narrative that casts VEC’s performance in this area as entirely positive may not be presenting the full picture to legislators,” she said.

The VEC is also working toward an order from Gov. Ralph Northam to implement an overhaul of its decades-old benefits system by Oct. 1. Axselle described problems with the work so far that “remain unresolved” and concerns about the availability of staff with necessary programming expertise.

An official with the audit and review commission said in a response to questions from AP that the agency could not yet provide more specifics about data points, including the number of calls responded to, staffing levels or turnover rates because analysts were still working to ensure their accuracy. Those details are expected to be included in later reports.

Asked if the employment commission had any response to Axselle’s remarks, spokesperson Joyce Fogg wrote in an email, “I have no comment.”

Virginians have flooded their lawmakers’ offices with complaints about the employment commission. At one point in Tuesday’s meeting, Democratic state Sen. Lionell Spruill joked that perhaps this year’s elections, when all 100 seats in the state House are up, should be put off so no legislators would be affected by the issue.