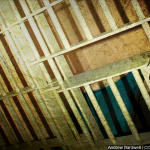 RICHMOND, Va. (AP) — A state report says medical care in Virginia’s prisons accounts for a fifth of operating expenses. The Richmond Times-Dispatch reported last week that the information on prison medical costs comes from the Virginia House Appropriations Committee. The report said the cost of inmate health care grew from roughly $140 million a year to more than $230 million a year during the past decade. The report also found that 14% of state prisoners are at least 55 years old. That’s an increase of more than 5% since 2012. One possible way to address the issue is expanding so-called “compassionate release” of prisoners who are terminally ill or permanently disabled physically. State Delegate Mark Sickles of Fairfax said he plans to reintroduce a bill to expand the program.