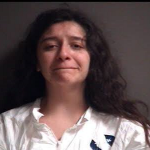 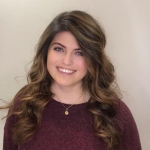 SEPTEMBER 5 UPDATE: The former Radford University student charged with fatally stabbing her college roommate has waived her right to a preliminary hearing. The attorney for Luisa Cutting told the court there are “significant mental issues” related to the killing. Cutting made her first court appearance since she was charged with second-degree murder in the death of Alexa Cannon. The case is scheduled to go next before a grand jury September 13.

PREVIOUS: A Radford University student is charged with fatally stabbing another woman. 21-year-old Luisa Cutting of Culpepper County faces a second-degree murder charge. Radford City Police say they were called this morning to a residence where they found the victim dead with multiple stab wounds. They have not yet released her identity. University officials confirm Cutting has been enrolled as a student there.

An October article from the Radford student newspaper refers to a Luisa Cutting as President of the Student Latino Alliance.

From Radford City Police: On January 24, 2019 at 7:45 a.m. the Radford City Police Department was dispatched to the 1200 block of Clement Street in reference to a 911 call. Upon arrival officers located a deceased female who had multiple stab wounds. The victim is not being identified at this point, due to identification and next of kin notification.

After an investigation, officers have made an arrest in this incident. Luisa I. Cutting, age 21, from Jeffersonton, VA, has been charged with violating Virginia Code 18.2-32- Murder in the second degree. No further information will be released at this point. Anybody with any information is asked to contact the Radford City Police Department at (540)-731-3624, or email crimestoppers@radfordva.gov .