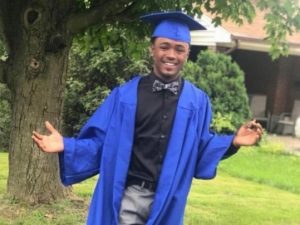 NEWS RELEASE: The Roanoke Police Department has been made aware of a social media post referencing the death of Israel Monte Jackson. There have been questions about how his death was investigated.  The Roanoke Police Department did conduct a thorough investigation into Jackson’s death and this is what was found: On April 26, 2020 at around 1:00pm, Roanoke Police were notified of a deceased individual behind a business in the 4100 block of Plantation Road NE. Responding officers located the man — identified as 20-year-old Israel Jackson of Roanoke — who had been reported missing on April 5, 2020. The Medical Examiner’s Office ruled his death as a suicide caused by hanging.

This is a tragic situation, and we empathize with Israel Jackson’s family and friends. We have spoken with Mr. Jackson’s adoptive family regarding this investigation and encouraged them to reach out to us with any further questions. Out of respect for Mr. Jackson and his adoptive family’s
privacy, we have not shared many details of the events surrounding his passing. We thank those of you who have respected his family and loved ones
during this difficult time.