Police: Abducted child phone scam is back in big numbers 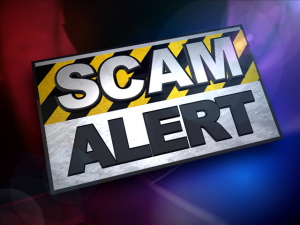 State police say a familiar phone scam is back in the region — and back in big numbers. Troopers say they have received many recent reports where the caller claims to have the victim’s child and demands money for his or her release. You might even hear a child screaming in the background. Police say while the calls originate from outside the country, they will often have what appears to be a local number.

FROM VIRGINIA STATE POLICE: Just to give everyone a heads-up.  We have been receiving a number of calls again where the caller is claiming to have the victim’s child and they are demanding money for their release.  This is a scam that has been coming around every couple of years and is designed to place the victim in a panic.  The caller may even have a child screaming in the background.  These calls are being generated from outside the country, but may have what appears to be a local phone number.

There have been multiple complaints placed to multiple agencies in the region of these calls taking place.