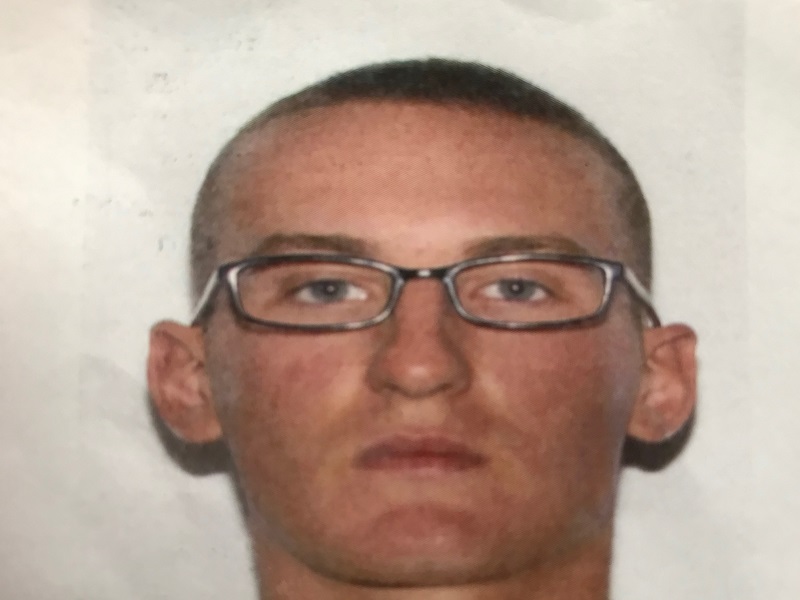 An arrest warrant for murder has now been issued against an AWOL Marine charged with fatally shooting his mother’s boyfriend over the weekend in Franklin County. The sheriff’s office says Michael Brown remains at large and should be considered armed and dangerous. He is charged with the shooting death of Rodney Brown in the Hardy area.

NOVEMBER 11 UPDATE:On 11/11/19, the Franklin County Sheriff’s Office obtained an arrest warrant for second degree murder and use of a firearm in the commission of a felony for Michael Alexander Brown in connection to the homicide of Rodney Brown on 11/9/19. Charges may be modified as additional evidence is received and evaluated. The public is urged to use extreme caution if contact is made with Michael Brown as he is considered armed and dangerous. Any contact with Brown should be reported to law enforcement immediately. Anyone with additional information is urged to contact the Franklin County Sheriff’s Office at 540-352-5139.

NOVEMBER 10: On 11/9/19 just before noon, Rodney Brown was shot and killed at his residence on Woodthrush Cir. in Hardy, VA. The suspect is Michael Alexander Brown, the son of Rodney Brown’s live in girlfriend. It is currently unclear why Michael would have killed Rodney. Michael is a former Marine and was last stationed at Camp Lejeune in NC. Around October 18, 2019, Michael deserted his post at Camp Lejeune where he served as a combat engineer. He has been seen in and around Franklin County in the past two weeks. It is unknown where Michael may be headed or where he has been staying since leaving his post. He has been known to live in the woods and frequent National Parks and National Forest. He is believed to be armed with a high-powered rifle and may have access to other weapons. Anyone having contact with Michael Brown should use extreme caution and contact law enforcement immediately. He has recently been driving a 2008 black Lincoln Town Car with a possible NC license plate, EHP-4877. Anyone with information on this homicide or the location of Michael Alexander Brown is urged to contact Sgt. Nolen at 540-483-6662.

PREVIOUS: On November 9, 2019 at approximately 12:00 PM, the Franklin County Sheriff’s Office responded to a shooting call on Woodthrush Circle in the Hardy community of Franklin County. The call was placed by a family member that found the home owner deceased at the scene. The Sheriff’s Office has determined a person of interest. His name is Michael Alexander Brown with a last known address of Woodthrush Cir. In Hardy, VA. Michael Brown owns a 1976 Cadillac which is white in color. There are no license plates registered to Michael and his direction of travel is currently unknown. Anyone coming in to contact with Michael Brown should use extreme caution and notify local law enforcement immediately. The case is currently under investigation and additional information will be provided as soon as it becomes available. Anyone with information on this homicide or the location of Michael Alexander Brown is urged to contact Sgt. Nolen at 540-483-6662.