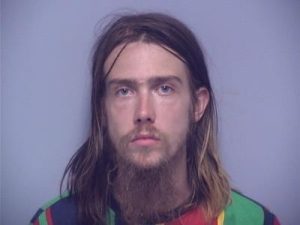 (JULY 29 UPDATE): — Roanoke Police have arrested the suspect, identified as Richard Quarles 26 years of age for the murder of Leeann Haun and charged him with second degree murder.  There are no further updates available at this time and this remains an on-going investigation.

(JULY 28 UPDATE): The victim in this incident has been identified as Leeann Amber Haun, 37 years of age from Roanoke, VA

(PREVIOUS) : On July 22, 2022 at approximately 04:21 AM, the City of Roanoke E-911 Center advised Roanoke Police Officers of a suspicious situation at Belmont Park.  Upon arrival, Officers found an unresponsive female with injuries.   Roanoke Fire-EMS personnel pronounced the woman deceased on scene.  The victim’s identity will be released after next-of-kin is properly notified. According to the autopsy, cause of death was from a gun shot wound.  No suspects were located on scene and no arrests have been made regarding this investigation. Further details on this investigation are limited at this time. This is an ongoing homicide investigation.

Anyone with information about this incident is asked to call (540)344-8500 and share what you know. You can also text us at 274637; please begin the text with “RoanokePD” to ensure it’s properly sent. Both calls and texts can remain anonymous.

(PREVIOUS): Roanoke Police are investigating after a person was found dead in Belmont Park – formerly Jackson Park – this morning around 4:30.