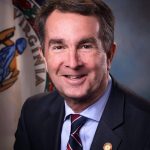 RICHMOND, Va. (AP) — Virginians may soon be paying higher gas and tobacco taxes but won’t have to get their cars inspected each year if lawmakers approve a $135 billion budget plan unveiled by the governor Tuesday.

“This spending plan makes generational investments in areas that have been underfunded for years and ensures that we take care of our most vulnerable Virginians,” Northam said.

The governor, a Democrat, said his budget would also put more money in reserves than the state has ever had.

Lawmakers will vote on a budget during next year’s legislative session. Democrats are set to have full control of the state house for the first time in more than two decades.

A better-than-expected economy has given Northam more money to spend on his state budget, and the governor is not proposing any changes to most of the state’s sales, income and corporate tax rates.

He does want to raise the cigarette tax from 30 cents to 60 cents and increase taxes on other tobacco products by 20%. He also wants the state’s gas tax to go up by 12 cents during the next three years, and then tie future increases to inflation.

A possible bit of positive news for drivers is the governor’s proposal that Virginia do away with its annual vehicle safety inspection requirement. The governor said there’s no proof such inspections improve highway safety. He’s also proposing to cut vehicle registration fees in half.

Northam was nearly forced from office earlier this year by a scandal involving blackface. In response, he’s made it a top priority for the rest of his term to address decades-old racial disparities in education, housing, and health care, a push reflected in his budget.

Northam is proposing the biggest ever boost to at-risk schools, $22 million to help lower the maternal mortality rate of African Americans, and $63 million to help affordable housing efforts.