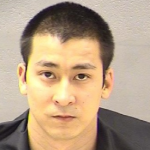 A Buena Vista man who was studying to become a youth pastor has pleaded guilty in federal court to child pornography charges. The U.S. Attorney’s Office says 32-year-old Christopher Collins exchanged explicit text messages and photos with who we thought were teenage girls – but were actually undercover law enforcement personnel.

From the U.S. Attorney’s Office: A 32-year-old Buena Vista man, who was studying to become a youth pastor, pleaded guilty earlier this week to a pair of federal charges related to the possession and distribution of child pornography, United States Attorney Thomas T. Cullen announced. Christopher Collins, 32, of Buena Vista, Va., pleaded guilty on Wednesday, May 16, 2018 in U.S. District Court in Lynchburg without a plea agreement to one count of possession of child pornography and one count of attempting to send obscene matter to a minor under the age of 16 years. “Working with our federal, state, and local partners, the United States Attorney’s Office will aggressively prosecute individuals who possess and share materials that exploit children,” U.S. Attorney Cullen stated today. “Children are exploited each and every time these images are shared online, and those who engage in this abhorrent activity will be held accountable.”

In February 2017, investigators with U.S. Immigration and Customs Enforcement’s Homeland Security Investigations (HSI), the Rockbridge County Sheriff’s Office and the Office of the Virginia Attorney General, executed a federal search warrant at Collins’ Rockbridge County residence. During the on-scene investigation, investigators seized digital devices and interviewed Collins. During the interview, Collins made various admissions, including the fact that he liked to role-play with minor girls on Kik and other online forums, that he communicated with girls who claimed they were between 13 and 15 years old, and that he transmitted videos and photographs of himself nude. In addition, investigators found child pornography images on digital devices seized from Collins’ residence.

The investigation of the case was conducted by U.S. Immigration and Customs Enforcement’s Homeland Security Investigations (HSI), the Rockbridge County Sheriff’s Office and the Office of the Virginia Attorney General.  Assistant United States Attorney Nancy S. Healey is prosecuting the case for the United States.