They acted nervous in a car with expired tags; now face meth charges 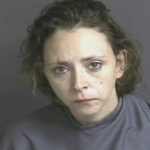 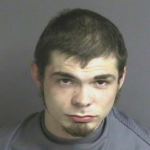 From the Franklin County Sheriff’s Office: On 5/11/18 shortly after midnight, narcotics investigators and patrol deputies with the Franklin County Sheriff’s Office began an investigation into an illegal distribution of narcotics. The incident occurred  in the 24000 block of Virgil H Goode Hwy. in Boones Mill, VA at the Stop In Food Store. There deputies encountered several subjects that were acting nervous and sitting in a vehicle with expired VA tags. Further investigation led to the arrest of 29-year-old Crystal Mullins of Roanoke for possession with intent to distribute methamphetamine and 23-year-old Timothy Semones of Vintonfor possession of methamphetamine. Mullins was released on 5/15/18 on a $2,500.00 bond and Semones was released on 5/16/18 on a $1,000.00 bond. This is an ongoing investigation and additional charges may be pending.