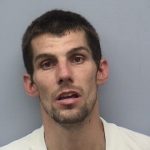 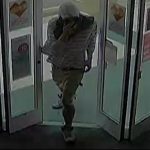 UPDATED NEWS RELEASE:  The Vinton Police Department has charged a man in connection with the Robbery at CVS Pharmacy, 1022 Hardy Rd, Vinton that occurred on August 31, 2019.  Joshua Garland Lamb, a 30-year-old resident of Roanoke has been charged on September 4, 2019. He is charged with two (2) felonies: robbery and use or display of a firearm in a commission of a felony.

PREVIOUS: Vinton, VA – The Vinton Police Department is currently investigating a robbery of the CVS Pharmacy located at 1022 Hardy Road in Vinton.  Police were called to the store on Saturday August 31, 2019 at 1339 hrs.  Witnesses state the suspect is white male approximately 6’-3” tall,very thin build, wearing a white and gray striped long sleeve shirt with “Camo” shorts.  The suspect also had a cloth over his face. Once entering the store, the suspect walked to the pharmacy, and demanded narcotics.  No weapon was displayed, nor was a weapon mentioned by the suspect when he demanded the drugs.  A small amount of pharmaceuticals were taken as a result of the robbery.

​The suspect may have been operating a small brown SUV, possibly a Kia.  The suspect vehicle may also have the windshield wipers stuck in the upright position.

The matter remains under investigation and no further information is currently available for release.