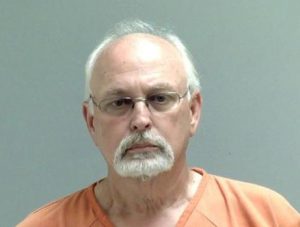 STATE POLICE NEWS RELEASE: MARTINSVILLE, Va. – Four local men and women are behind bars facing multiple charges related to the May 13, 2020 homicide of a Henry County woman. With the assistance of Henry County Commonwealth’s Attorney, the Virginia State Police served the arrest warrants May 20 and May 21 on all four individuals. All four were taken into custody without incident.

The investigation began the morning of May 13, 2020, upon the discovery of Pamela S. Morse, 63, of Martinsville, Va. deceased inside her residence in the 1300 block of Wingfield Orchard Road. At approximately 7:52 a.m., her husband called 911 to report that he had just arrived home from work and discovered his wife deceased. The Office of the Medical Examiner in Roanoke confirmed Ms. Morse died from a gunshot wound.

Further investigation revealed several items had been stolen from the residence to include a 2010 Jeep Compass. The Jeep was recovered later the same day (May 13, 2020) abandoned behind a residence in Franklin County. Several firearms and other stolen items from the Morse residence were located inside the stolen Jeep.

State police have charged the husband, David Lee Morse, 66, of Martinsville, Va., with 1st degree murder and conspiracy to commit murder. He is being held without bond at the Martinsville City Jail. [Morse is a former Henry County sheriff’s deputy.]

Collin Joshua Russell, 37, of Stuart, Va., was taken into custody last week in Franklin County on an unrelated arrest warrant from Patrick County. Virginia State Police served him Thursday (May 21) with five warrants in relation to the Morse homicide: 1st degree murder, conspiracy to commit murder, use of a firearm in the commission of felony, grand larceny of a firearm and grand larceny of a motor vehicle. Russell is being held at the Patrick County Jail without bond.

Also arrested Wednesday are Tanna Shelton Fitzgerald, 54, of Fieldale, Va.. She has been charged with 1st degree murder, conspiracy to commit murder and use of a firearm in the commission of a felony. She is being held without bond at the Henry County Jail.