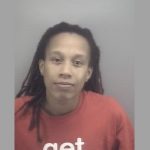 VIRGINIA BEACH, Va. (AP) — A former housekeeper at a historic Virginia Beach hotel was sentenced this week to 30 days in jail for stealing a guest’s $35,000 diamond ring.

Chrystal Monique Gregory, 28, pleaded guilty to grand larceny in August. Prosecutors said she used an employee key to break into an Ohio couple’s suite at The Cavalier hotel. Once inside, she entered a master code to open a safe where the victims left the 2¼-carat diamond engagement ring. It featured a platinum and gold band and diamonds encrusted along the centerpiece, an appraiser found.

Police discovered photos on Gregory’s phone of the victim’s driver’s license, which had been in the safe, as well as pictures of other pieces of jewelry taken from the hotel, a police statement of facts obtained by new outlets said. The ring was never recovered, prosecutor’s office spokeswoman Macie Allen added.

State sentencing guidelines suggested probation for Gregory, the prosecutor’s office told The Virginian-Pilot. She had no prior criminal record.

The theft happened last summer, a few months after the 92-year-old luxury hotel reopened following an $85 million renovation. A marker outside the hotel describes The Cavalier as “emblematic of Virginia Beach’s transformation from small town to major resort during the Roaring Twenties.”