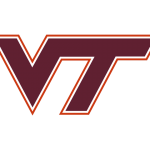 BLACKSBURG, Va. (AP) — Jack Coan’s play in the first quarter for No. 14 Notre Dame on Saturday night got him benched. What he did in the fourth quarter made the Fighting Irish winners, and left coach Brian Kelly gushing about his senior quarterback.

Jonathan Doerer kicked a 48-yard field goal with 17 seconds remaining, capping a dramatic rally to give the Fighting Irish a 32-29 victory over Virginia Tech.

“I’ve been in a lot of games, coached in a lot of games, but I don’t know that I’ve ever coached a group of guys that had such resolve and mental toughness, that regardless of the situation, they just kept playing,” Kelly said. “Unfazed by the circumstances.”

The Fighting Irish (5-1) tied it at 29 on Coan’s 4-yard pass to Avery Davis and a two-point conversion completion to Kevin Austin with 2:26 left. After Notre Dame forced the Hokies to punt, Coan drove them 45 yards in seven plays, and Doerer split the uprights, sparing the Fighting Irish a second straight loss.

The Hokies (3-2) had taken command with an interception return for a touchdown by Jermaine Waller late in the third quarter and another touchdown drive started by an Nasir People’s interception. That drive finished 19-yard run by Braxton Burmeister with 3:55 to play, making it 29-21.