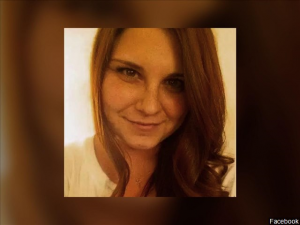 CHARLOTTESVILLE, Va. (AP) —The mother of a woman killed by a man who drove his car into counterprotesters at a white nationalist rally says she is “content” with a jury’s recommendation that he spend the rest of his life in prison.On Tuesday, a Virginia jury recommended a sentence of life plus 419 years for James Alex Fields Jr., who was convicted last week of first-degree murder and other charges in the car attack on Aug. 12, 2017. Thirty-two-year-old paralegal and civil rights activist Heather Heyer was killed, and dozens were injured. Heyer’s mother, Susan Bro, said “justice has him where he needs to be.” Judge Richard Moore scheduled sentencing for March 29. Under Virginia law, the judge can impose a lower sentence than what the jury recommends, but cannot increase it.