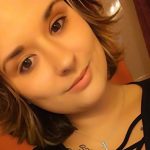 State Police say a Hardy woman was killed last night when her car was struck buy an SUV at Hardy Road and Route 122 a few miles west of Smith Mountain Lake. Troopers say 24-year-old Madison Keaton failed to yield the right of way at the intersection. There is no information on the other driver.

NEWS RELEASE:  Virginia State Police Senior Trooper S.A. Richardson is investigating a two vehicle crash which resulted in a fatality.  The crash occurred Tuesday (Aug 13) at 7:39 p.m. on Route 122, at the intersection with Hardy Road in Franklin County. A 2001 Nissan Sentra was traveling east on Hardy Road and failed to yield the right of way at the intersection with Route 122, and was struck by a 1996 Jeep Cherokee. The driver of the Nissan was identified as Madison Shyanne Keaton, 24, of Hardy, Va.  Ms. Keaton was wearing her seatbelt and died at the scene. At this time there is no other information regarding the driver of the Jeep.  The driver was injured and was taken to Roanoke Memorial Hospital for treatment. The Virginia State Police Crash Reconstruction Team was called to assist with the crash. The crash remains under investigation.