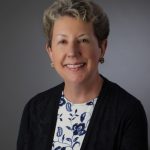 Anne Marie Green has stepped up to run for Salem City Council after more than thirty years serving Roanoke County. She is in the running for one of two available council seats and is running against three others – two of which are incumbents. She cites her late husband, Mac Green’s, two decade career as Vice Mayor as influential to her decision to run.  Green has served as the Public Information Officer, Director of General Services, and Director of Human Resources in her time with Roanoke County. Green is familiar with the process of local government and hopes to make that process more transparent and efficient for Salem Residents.