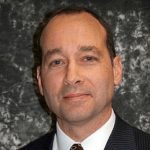 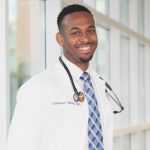 (Update 12:40am) Charlottesville, VA — Charlottesville, VA — Given that margin between Dr. Webb and his opponent is now sufficiently large that the remaining outstanding ballots are unable to make up the difference, the Webb campaign is officially conceding the election to Mr. Good for Virginia’s 5th District.

“While this is not the outcome we hoped for, it has truly been an honor to run to represent this district in Congress. This campaign has been a battle of ideas about how to best serve the people of our district and I cannot give enough thanks to everyone who made it possible,” said Dr. Cameron Webb. “Congratulations to Mr. Good for his victory and I look forward to continuing to engage with him as we move forward from the election in a unified way.” 5th District covers a wide expanse of central Virginia from Southside to well north of Charlottesville. In the Roanoke area, it includes all of Franklin County and parts of Bedford County.