Gas in one Virginia county now averages $1.05 a gallon 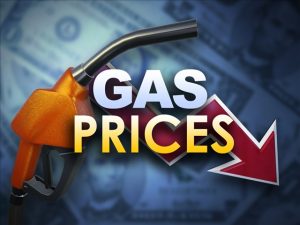 AAA NEWS RELEASE: RICHMOND, VIRGINIA (Monday, April 6, 2020) Today’s national gas price average is $1.92. That is nine cents cheaper than last Monday, 48 cents less than a month ago and 81 cents less expensive than a year ago. On the week, pump prices continued to push less expensive with gasoline demand registering at its lowest point since 1993. In Virginia, prices are even lower than the national average. Regular unleaded is selling for $1.79, down six cents from a week ago, 39 cents from a month ago, and 71 cents from this time last year. Drivers in numerous Virginia communities are finding average gas prices in the $1.30-$1.50 range. Cumberland County once again has the cheapest average gas price in the state. Regular unleaded is selling for $1.05 per gallon in that community.

The latest Energy Information Administration (EIA) weekly report puts demand at 6.7 million b/d – a nearly 30 year low – and it’s likely to push lower as Americans are urged to stay at home at least until the beginning of May or later.

“This week, market analysts are watching crude oil prices, which started to increase at the end of last week,” said Morgan Dean, AAA spokesperson. “However, given the low demand readings, increases in crude aren’t likely to have an impact on gas prices in the near-term.”

In addition to crude oil, market analysts are also watching refinery rates. The U.S. refinery utilization average is down to 82%, a low not seen since September 2017. Given the drop in crude oil and gasoline demand, which is expected to push even lower, refineries are reducing production in hopes this could help to balance the amount of gasoline supply in the country.