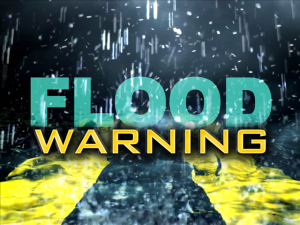 The National Weather Service in Blacksburg has issued a Flood Warning for Small Streams in the cities of Roanoke and Salem and Roanoke, Botetourt, Craig and eastern Montgomery Counties until 6:15 pm.

Some locations that will experience flooding along such creeks and streams include Roanoke, Salem, Christiansburg, Vinton, Buchanan, Troutville and New Castle.

In hilly terrain, there are hundreds of low water crossings which are potentially dangerous in heavy rain. Do not attempt to cross flooded roads. Find an alternate route.

A Flood Warning means that flooding is imminent or occurring. All interested parties should take necessary precautions immediately.