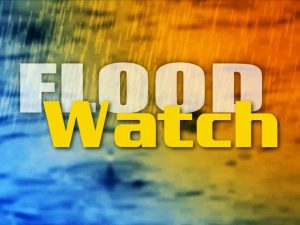 The National Weather Service has issued a flood watch for the region, with the rainy remnants of Hurricane Zeta expected to pass over us tomorrow. The watch takes effect at midnight and runs through Thursday afternoon. It means forecast conditions may lead to flooding during that time.

From the National Weather Service:

* The remnants of Hurricane Zeta are expected to bring heavy rain to parts of the southern Appalachians tonight and Thursday. PRECAUTIONARY/PREPAREDNESS ACTIONS… A Flood Watch means there is a potential for flooding based on current forecasts. You should monitor later forecasts and be alert for possible flood warnings. Those living in areas prone to flooding should be prepared to take action should flooding develop.