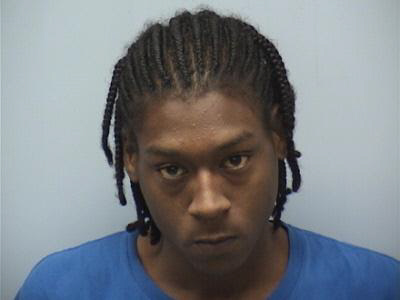 On January 3, 2020, Overstreet allegedly shot two McDonald’s employees at the Wards Road location. Overstreet is wanted for two counts of malicious wounding and use of a firearm during the commissions of a felony.

The United States Marshals Service is offering a $2,000 reward for information directly leading to Overstreet’s arrest. Tips can be forwarded to USMS84.tips@usdoj.gov or the USMS Tips app.

LYNCHBURG, Va. – The Lynchburg Police Department is searching for a suspect in connection with  malicious wounding that occurred in the 2100-block of Wards Road yesterday evening.

On January 3, 2020 at 6:21 p.m., officers responded to a call for a malicious wounding at the McDonald’s located at 2135 Wards Road. Officers arrived and determined an altercation occurred at the drive through window between a customer and an employee. The customer then drove away from the drive through window, parked his vehicle, came inside, and the altercation continued.

The customer then shot two employees and fled the scene in a 2005 Red Mazda SUV bearing VA Tag URS-7076. Detectives have identified him as Sherwin Torrance Overstreet of Roanoke.

This is an ongoing investigation. Any additional information will be released as an update to this news release.