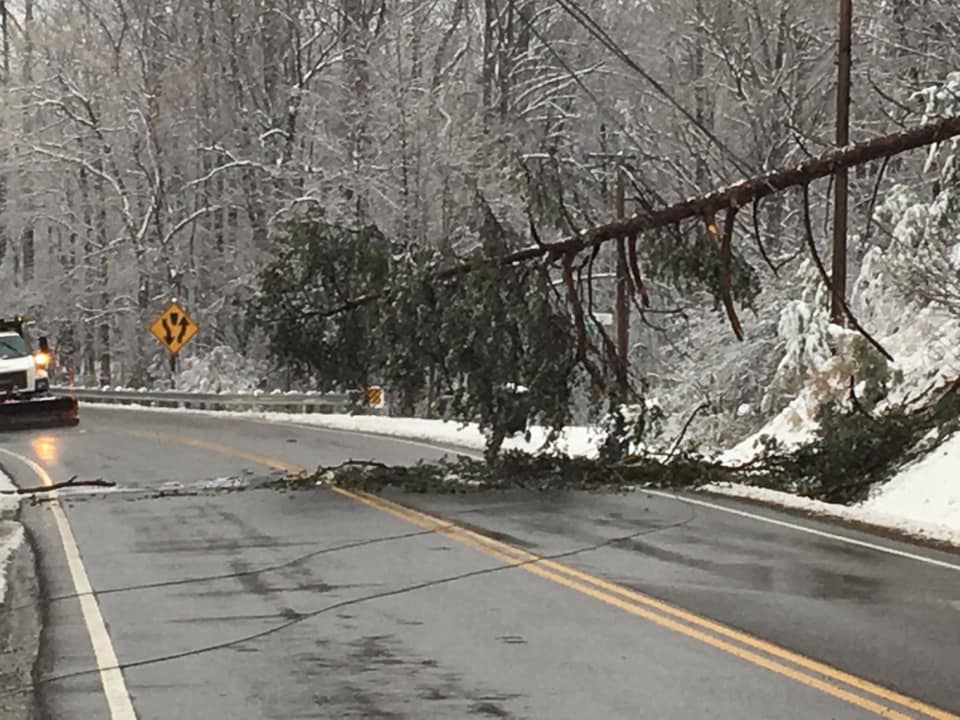 Two roadways in the Hanging Rock area of Roanoke County are temporarily blocked after trees fell onto power lines. County Police say Thompson Memorial Drive is blocked just north of I-81, and so is Catawba Valley Drive between Hanging Rock and Mason’s Cove. There is no indication when either roadway will reopen.

From Roanoke County Police: Due to weather conditions,  trees have fallen onto power lines at Thompson Memorial Drive and Dunford Drive and in the 2200 block of Catawba Valley Drive.  The power lines are across the roadways blocking both lanes of travel.  AEP has been notified.  There is no time frame for the roadways to be open.  There is no option to divert traffic.   The Roanoke County Police Department is asking for people to avoid those areas and find alternate routes of travel.