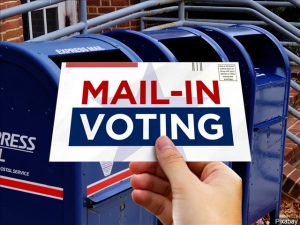 In a news release, Herring said that under the consent decree, Virginia will accept absentee ballots without the signature of a witness “for voters who believe they may not safely have a witness present while completing their ballot.”

“This agreement is another big win for Virginia voters and for democracy, and it’s another important step in ensuring that we can have free, fair, safe elections this fall despite the challenges presented by the COVID pandemic,” Herring said.

He added: “Safe voting has been one of my top priorities for the last six months because no one should ever have to choose between their health and their fundamental right to cast their vote.”

The order was approved by Judge Norman K. Moon, who noted objections to absentee ballots raised by the Republican Party of Virginia.

A group of voters had sued Virginia election officials in May over a loosening of restrictions on absentee ballots for the June primary, arguing that the state can’t allow voters to use the pandemic as an excuse to vote by mail.

Moon wrote that despite the GOP objections to the agreement, “every indication before the Court is that the June primary was conducted without the witness signature requirement and without any corresponding increase in voter confusion or election fraud.”

Herring previously reached an agreement, also approved by Moon, to promote safe voting by mail for the June 23 primaries by allowing acceptance of absentee ballots without a witness signature.”