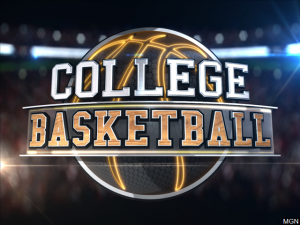 CHARLOTTESVILLE, Va. (AP) — Buddy Boeheim and Syracuse had had enough of close losses.

After losing to Notre Dame and Virginia Tech by a combined five points in their previous two games, the Orange entered overtime with a vengeance on Saturday and beat No. 18 Virginia 63-55.

“Losing the last two games, we didn’t want to feel that same feeling,” Boeheim said after he scored nine of his 14 points in the extra period. “We knew it came down to the last five, six minutes just like the other games.”

Syracuse hit its first four shots in the extra period, the first three from 3-point territory, and scored 20 points in the period after managing just 19 in the second half. Boeheim hit the third of those three consecutive 3s for the Orange (9-7, 2-3 Atlantic Coast Conference) and added another when he made a desperate heave from well behind the 3-point line to beat the shot clock late in the extra period, boosting the Orange lead to 57-49 with 1:18 remaining.

It was a much different ending for the son of Orange coach Jim Boeheim, who told his son to just keep shooting after he missed 10 of his first 11 shots.

“He’s one of the best shooters in the country,” the elder Boeheim said.

Elijah Hughes, who scored 18 points, hit the first 3 of the overtime for the Orange and freshman Joe Girard, who scored 19, hit the second.

BLACKSBURG, Va. (AP) — Virginia Tech was picked to finish 14th in the 15-team Atlantic Coast Conference, but so far this season, the Hokies aren’t exactly the league pushover that many expected coming in.

Truthfully, the Hokies are quickly becoming a team that no one wants to play.

They showed that again Saturday, as Landers Nolley II scored 29 points to lead Virginia Tech to a 72-58 victory over NC State — the Hokies’ third ACC victory in five conference games.

“I’m not shocked. Are you kidding me?” Virginia Tech head coach Mike Young said. “Never underestimate young people. Don’t. I’m not. Never have. There is a great deal of belief in that locker room.”

The Hokies have a nice collection of talent, but more importantly, a superstar in Nolley. The redshirt freshman hit 8 of 19 from the floor for the Hokies, who won their second straight game after a 26-point loss to rival Virginia on Jan. 4. Nolley drilled four 3-pointers and hit 9 of 10 from the free-throw line en route to his second-highest scoring game this season.

Virginia Tech fell behind 10-0 to start the game after the Wolfpack hit four of their first seven shots. But following a timeout, the Hokies answered with a 13-0 run and never trailed again. Nolley hit two 3-pointers in that run, including one with 13:23 left in the half that gave the Hokies their first and last lead.

“He just told us to settle down and take good shots,” Nolley said of the message during the timeout. “We were rushing, trying to match their intensity, but that’s not how we play. We had to stick to our style and get back to doing what we do – and it ended up working.”

Radford and Nolley put the game away three minutes later, combining to score eight points in an 11-0 Virginia Tech run that gave the Hokies a 66-52 lead – their biggest of the game.

NC State finished with season lows in points and shooting percentage (31.9%, 22 of 69). The Wolfpack made just six of their 30 3-point attempts.

“It was definitely their defense,” NC State coach Kevin Keatts said. “They do a really good job of protecting the paint. They play similar defense as the pack line, when you drive and everybody converges. You’re going to get those shots (3-pointers), and we didn’t make them. We just didn’t. I thought we had some good looks, some great looks, and they just didn’t go down for us.”

NC State: Leading scorer and rebounder C.J. Bryce (16.1 ppg, 6.8 rpg) missed his fourth consecutive game after suffering a blow to the head in a practice before the Wolfpack’s game against Appalachian State on Dec. 29. Bryce’s injury has left NC State with just eight scholarship players, and the Wolfpack missed him, as they couldn’t find another scorer to team with Funderburk.

Virginia Tech: Radford rarely gets any publicity, but he has become the unsung standout on this team. The team’s leading rebounder as a guard, he grabbed nine rebounds, and he is arguably the team’s best defender. He was the primary reason why NC State’s Jericole Hellems made just 2 of 14 from the floor.

Bryce actually warmed up with the team before the game and even during halftime, but Keatts said that playing him wasn’t an option. Bryce has been cleared for light workouts, and with the team not scheduled to practice Sunday, Keatts wanted Bryce to get a workout in in hopes of getting him closer to being cleared for Wednesday’s game against Miami.

“I just think we’re missing another guard, and he’s a good player,” Keatts said. “I try not to make any excuses about it, but there’s not many teams that can lose their leading scorer and leading rebounder and be successful. We were against Notre Dame at home (on Wednesday), but against Clemson (on Jan. 4) and here, we could have used one more guy to score the basketball for us, and we didn’t have that.”

DOING IT WITH DEFENSE

Young hasn’t been enthralled with his team’s defense over the past month, but the Hokies were locked in Saturday. Markell Johnson, who scored 27 points in the Wolfpack’s win over Notre Dame on Wednesday, made just 2 of 14 from the floor, including 1 of 7 from beyond the arc, and Braxton Beverly missed five of his six 3-point attempts.

“I thought we were excellent,” Young said. “That’s getting something done. That’s a team playing the right way and unselfishly … If you can hold people to under 40 (percent shooting) and rebound like we are, you should be in every game. You should have a shot to win every game.”

NC State: The Wolfpack play at home against Miami on Wednesday.

Virginia Tech: The Hokies play at Wake Forest on Tuesday.