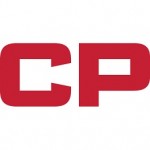 OMAHA, Neb. (AP) _ Canadian Pacific’s CEO hopes asking for preliminary approval of the structure of his proposed takeover of Norfolk Southern railroad will remove a stumbling block for the deal. CP CEO Hunter Harrison spoke at an investor conference Wednesday _ one day after his railroad said it would seek preliminary approval for the voting trust it has proposed. Harrison says he appealing to the U.S. Surface Transportation Board will persuade Norfolk Southern to negotiate. So far Norfolk Southern has rejected all of Canadian Pacific’s offers as “grossly inadequate.” Harrison says he thinks there would be compelling benefits to merging the railroads because the combined operation could haul more freight more efficiently.