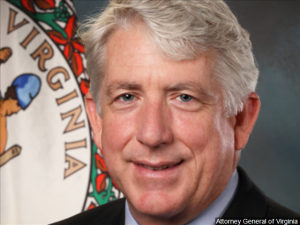 Virginia Attorney General Mark Herring is running for reelection, forgoing a gubernatorial bid he’d previously announced. Herring, a Democrat, declined to comment through a spokesman. But he called elected officials Wednesday and told him of his plans. The attorney general told the Washington Post in 2018 that he was planning to run for governor in the 2021 election. Herring is a former state senator who became attorney general in 2014. He easily won reelection in 2017 as voters unhappy with President Donald Trump gave Democrats a huge boost at the polls.