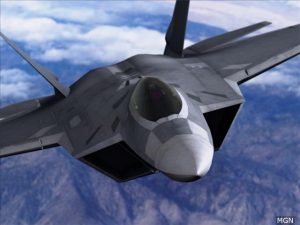 The F-22 training squadron will be based at Joint Base Langley-Eustis in Hampton.

The Daily Press reports that the unit has 31 F-22 fighters and 16 T-38 training aircraft.

Bruce Sturk, Hampton’s director of federal facilities support, estimates the squadron’s move will bring a total of 2,100 to 2,200 people to the region.

The Air Force has said the arrival of the training unit would more than double the annual number of F-22 flights from Langley’s airfield, from over 22,000 to nearly 50,000.