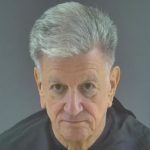 NEWS RELEASE: On November 2nd, Bedford County Sheriff’s Office investigators assigned to the Southern Internet Crimes Against Children Task Force (SOVA-ICAC) began an investigation into an alleged sexual assault of a minor and possession/manufacture of Child Pornography . The initial investigation led to a search war rant being executed at 1051 New Market Loop. A second search warrant was conducted with assistance from the Campbell County Sheriff’s Office at 75 Hydaway Dr in Forest VA. Investigators recovered numerous pieces of digital and other evidence from both locations.

Warren Norris, 71 of Bedford County VA, was subsequently arrested for two counts of violation of a protective order and taken before a magistrate and committed to jail pending a bond hearing. Investigators then charged Norris with: 1 count:Production, publication, sale, financing, etc., of Child pornography. 9 counts: Second or subsequent offense. This is an ongoing investigation and anyone with any information about this case is asked to call The Southern Internet Crimes Against Children’s Task Force at 434-534-9521.