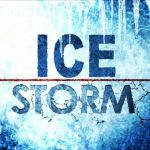 The Winter Storm Warning has expired, but the National Weather Service has issued a special weather statement saying additional glazing of ice is possible on trees, power lines and other elevated surfaces. And ice on trees may remain heavy enough to cause additional power outages.

From the National Weather Service: Bulk of the heavy rain has moved north of the area this afternoon. However, light rain and drizzle will likely persist into this evening. Majority of the area has seen temperatures warm into the mid 30s, while a few locations are still experiencing temperatures near 30F. Additional glazing of ice is possible on elevated surfaces such as trees and decks. Ice on trees may remain heavy enough to cause limbs to snap resulting in additional power outages.

Floyd County is among the areas hardest-hit by icing-related power outages. Appalachian Power reports that as of early afternoon, close to 8,000 Floyd County customers were in the dark. More than 37,000 are without service in Apco’s Virginia service area.

From Appalachian Power: Ice, sleet and snow are sweeping through Appalachian Power’s Virginia and southeastern West Virginia service areas today, knocking out power to more than 58,000 customers. Much of the damage is caused by trees that have fallen under the weight of the ice and sleet mix. This has also caused many downed power lines in these areas. As the storm continues throughout the day, more outages could occur.

The greatest ice accumulations are occurring in the counties of Grayson, Carroll and Floyd in Virginia as temperatures will remain near to just below 32 degrees for much of today. Moderate ice (1/4-1/2” with some heavier pockets up to 3/4”) is expected in these areas. By sunset tonight, temperatures are expected to gradually rise above freezing in all areas, allowing for melting and the end of the icing threat.

Contract crews moved into place yesterday have joined local crews and are restoring power where it is safe to do so. These areas include Christiansburg, Woodlawn, Independence, Floyd, Wytheville and Roanoke in Virginia and Princeton, Bluefield and Beckley in West Virginia.

This morning, additional Appalachian Power assessment teams are moving in from areas that were not impacted, including Huntington, Charleston and Wheeling in West Virginia, as well as Kingsport, Tenn. Neighboring crews from Kentucky Power are also assisting  in restoration efforts.