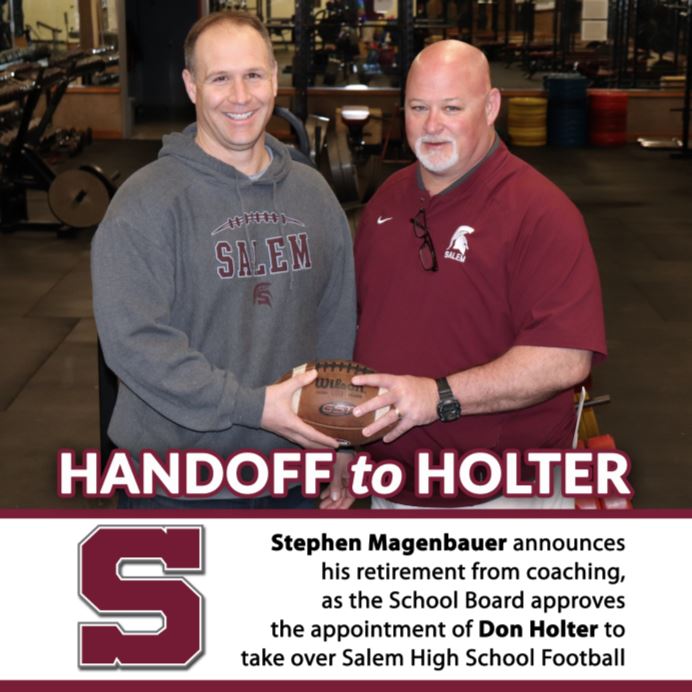 One of the most successful football coaches in Salem High School history is stepping down after 15 years at his alma mater. Stephen Magenbauer has decided to retire from coaching after winning a school-record five state titles and compiling an overall record of 169-27. This reaction from Greg Roberts, host of WFIR’s Greg Roberts Live:

Magenbauer is leaving education to pursue business opportunities. Don Holter is taking over as Salem Head Coach. He had been an assistant in the program since 2015. The Spartans’ program has won nine state titles since 1996.