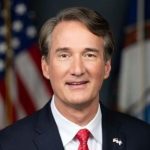 “TikTok and WeChat data are a channel to the Chinese Communist Party, and their continued presence represents a threat to national security, the intelligence community, and the personal privacy of every single American,” said Governor Glenn Youngkin. “We are taking this step today to secure state government devices and wireless networks from the threat of infiltration and ensure that we safeguard the data and cybersecurity of state government.”

“All Americans must be vigilant to stop infiltration by the CCP and all hostile governments and entities who wish the United States harm,” said Lieutenant Governor Winsome Earle-Sears.