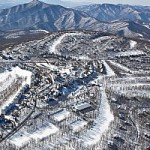 CHARLOTTESVILLE, Va. (AP) _ Wintergreen Resort is getting recognition for a project that more than doubled the Nelson County ski resort’s snowmaking capability. The Daily Progress reports that Wintergreen received the Honor Award for Engineering Excellence from the American Council of Engineering Companies of Virginia.

The council described the resort’s recently completed installation of a new 5 million gallon water storage tank and upgrades to its computerized snowmaking equipment as “a decade of improvements in 120 days.”

The $6 million project was headed by architectural and engineering firm Wiley Wilson. The resort says the improvements allow it to make twice as much snow twice as fast.