VT prof says 50 years later, no one knows where the internet will go 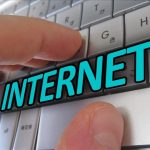 Today is the 50th anniversary of an event that changed the world — the first message sent through what is now known as the internet. Virginia Tech Professor Janet Abbate has chronicled internet history, and she says no one then had any idea where it would lead, and the same remains just as true today. She spoke with WFIR’s Evan Jones: