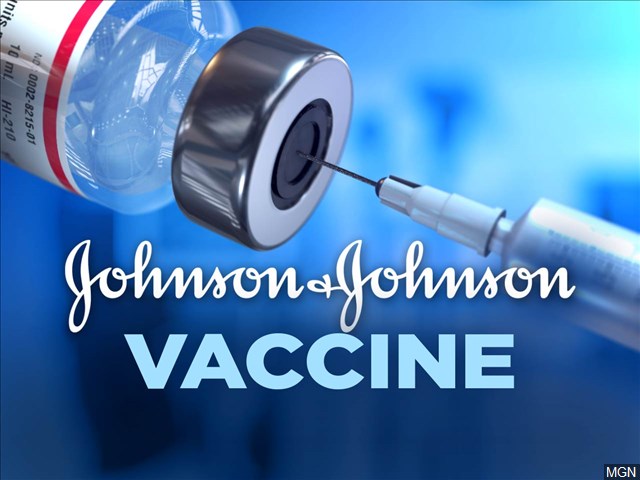 RICHMOND, Va. (AP) — Virginia is ceasing the use of all Johnson & Johnson vaccines while the federal government investigates rare reports of potentially dangerous blood clots among recipients of the vaccine.

Virginia State Vaccination Coordinator Dr. Danny Avula said in a statement Tuesday morning that the state was halting use of the vaccine until the federal investigation is complete.

“This pause is reassuring in that it demonstrates that the systems that are in place to monitor vaccine safety are working,” Avula said in the statement.

Spokeswoman Dena Potter said the state would use Pfizer and Modena vaccines as a substitute where possible and cancel and reschedule any appointments where that isn’t possible.

In a joint statement Tuesday, the Centers for Disease Control and Prevention and the Food and Drug Administration said they were investigating unusual clots in six women that occurred 6 to 13 days after vaccination. The clots occurred in veins that drain blood from the brain and occurred together with low platelets. All six cases were in women between the ages of 18 and 48.

More than 6.8 million doses of the J&J vaccine have been administered in the U.S., the vast majority with no or mild side effects.

(WFIR NEWS) — State health officials weren’t planning to administer all that many Johnson and Johnson vaccines this week anyway, so the pause does not change immediate plans all that much.  That production problem at a Maryland plant led to millions of J&J doses being tossed out and as a result, Virginia’s allocation this week had already been cut by about 90% per cent to just 15,000 doses. Those are now on hold, but hundreds of thousands of Moderna and Pfizer doses are still arriving weekly. WFIR’s Evan Jones has more:

This pause is reassuring in that it demonstrates that the systems that are in place to monitor vaccine safety are working. We look forward to a thorough review by federal health officials. Meantime, we will continue Virginia’s vaccine rollout at this time with the other two authorized vaccines, developed by Pfizer and Moderna.