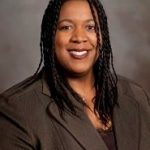 Democrats in Congress now say they will introduce bills aimed at police and justice system reform. Shortly before that announcement, Brandy Faulkner, a professor of Black Studies at Virginia Tech, told WFIR live on air this morning that everyone has “skin in the game” when it comes to issues of inequity. Faulkner focuses on issues that include race and public policy and is widely quoted nationally. Hear a complete, wide-ranging conversation with Brandy Faulkner about issues following the death of George Floyd below: