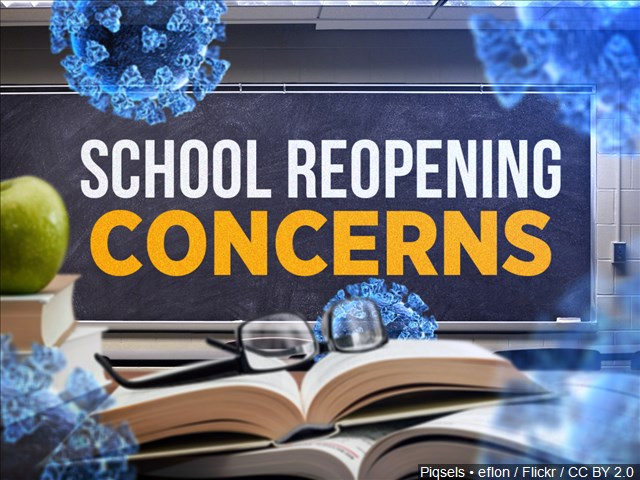 A bill that would require every Virginia public school system to make both virtual and in-person learning available to students has passed the State Senate, but its chances of House passage appear less certain. Supporters of the proposal say students have lost too much this year by being out of classrooms — not just educationally, but socially and emotionally as well.  Opponents cite health safety concerns in more crowded schools and say the state should not enact mandates for local school systems. More from WFIR’s Evan Jones:

RICHMOND, Va. (AP) — After a lengthy and impassioned floor debate, the Democrat-controlled Virginia Senate passed a bill Tuesday that would require every local school division to make both virtual and in-person learning available to students.

The measure was sponsored by Republican Sen. Siobhan Dunnavant, who is a doctor.

“We must open schools,” Dunnavant said, urging her colleagues to “listen to the science.” She said there’s no evidence to support keeping children out of in-person school and warned that vulnerable children were being left behind.

The chamber passed the bill, which would not take effect until July 1, on a 26-13 bipartisan vote. But the measure’s chances in the state House are less certain. At least one similar but more narrow bill aimed at students without adequate internet access failed during last year’s special legislative session.

Virginia currently has a patchwork approach to schooling, with some public and private schools offering in-person learning while others offer only virtual school. Supporters of Dunnavant’s bill said that’s harming children whose parents don’t have the resources to pay for costly tuition.

Dunnavant’s succinct measure simply says that each school division must make virtual and in-person learning to available to all students “by choice of the student’s parent or guardian.”

“This is the most important bill that we will vote on this legislative session,” GOP Sen. Ryan McDougle said during a floor debate in which about half the members of the chamber weighed in.

The debate came as pressure is building on school systems across the U.S. to reopen classrooms to students who have been learning online for nearly a year.

Democrats who spoke against the bill warned about creating mandates for school districts, and they raised concerns about the well-being of teachers and school support staff, as well as a mutated version of the virus first identified in South Africa. Public health officials are concerned that version spreads more easily and vaccines could be less effective against it.

Sen. Ghazala Hashmi warned that because the bill wouldn’t take effect until summer, it could complicate the efforts of local school districts that are already moving forward with partial reopening plans.

Sen. Scott Surovell, a Democrat who voted for the bill, said the measure was more about symbolism than substance.

“This bill is not going to pass in the form it’s in right now,” he said.

Still, he said the bill would send a message.

Gov. Ralph Northam’s spokeswoman, Alena Yarmosky, said the governor would review the bill “if and when it reaches his desk.”

“The Governor has made it clear that children need to be back in school, and that it is possible to do so safely. That’s why he has put significant COVID relief funding towards K-12 education, and why he has prioritized vaccinations for teachers and school staff,” she wrote in an email.

She also noted that Northam, a Democrat and a physician, recently rolled out new guidance aimed at getting more public schools open for in-person instruction. He described the guidance at a news conference last month, saying that the state’s new policy is: “Schools need to be open, and here are the ways to do that safely.”

The guidelines are not mandates and individual school districts still have final say in how they operate.