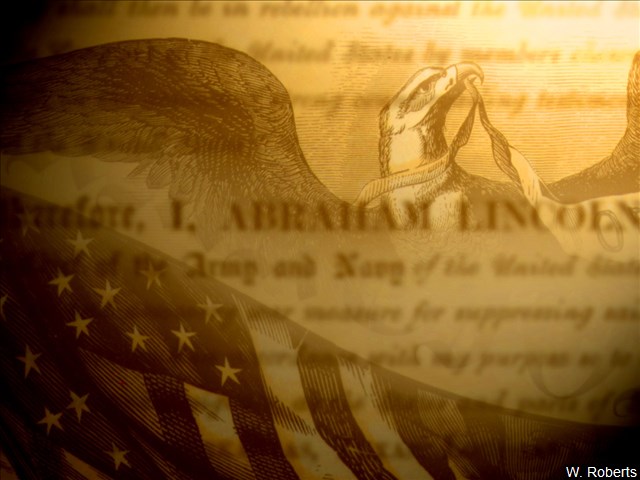 RICHMOND, Va. (AP) — The first thing white people did after Nat Turner’s violent slave insurrection in 1831 was round up more than 120 black people and kill them.

But the next thing white people did was surprising.

Hundreds of them sent petitions to the Virginia General Assembly calling for an end to slavery.

Richmond’s newspapers argued fiercely in favor of abolition. President Thomas Jefferson’s grandson pushed a plan to free slaves and help them settle in the new African nation of Liberia. Even a leader of the militia that put down Turner’s rebellion called for a gradual end to slavery.

In other words, the insurrection almost worked. More than 50 white men, women and children had died in the bloodiest slave revolt on U.S. soil. It forced Virginians to confront the evil that was at the root of their society, and it just plain scared a lot of people. Thanks to public pressure, the General Assembly considered taking radical action.

But the votes fell short. Instead, lawmakers passed harsher laws that made African Americans’ lives even worse. They also aggravated divisions that erupted, 30 years later, in the Civil War.

“It’s, like, one of the saddest moments in American history,” historian Erik S. Root said, “because of the missed opportunity.”

This year, Virginia marks the origins of slavery in the English colonies. The first captured Africans arrived at Virginia’s Point Comfort in August 1619. The debates prompted by Turner’s insurrection were “the most public, focused, and sustained discussion of slavery and emancipation that ever occurred in … any … southern state,” historian Eva Sheppard Wolf wrote.

The process laid bare how deeply conflicted white Southerners were about the topic. There were slave owners who favored abolition and abolitionists who just wanted to get rid of black people. Petitions poured out from every corner of the state — about 40, signed by more than 2,000 people.

In Charles City County, between Williamsburg and Richmond, a group of Quakers sent an eloquent plea for Virginia to remember the ideals that sparked the Revolution.

Slavery was “a system repugnant to the laws of God, and subversive of the rights, and destructive of the happiness of man,” the Quakers wrote. “We, therefore, solemnly believe that some efficient system for the abolition of slavery in the Commonwealth and restoration of the African race to the inalienable rights of man is imperiously demanded by the laws of God, and inseparably connected with the best interests of the Commonwealth at large.”

In Loudoun County, a group of women wrote that they were afraid for their safety. They called for a gradual end to slavery but also the removal of all blacks from Virginia, free and enslaved. A group in Buckingham County wanted an end to slavery out of fear that blacks would soon outnumber whites.

About 30 of the petitions aimed to get all people of color out of Virginia, Root found as he researched his dissertation on the subject. But not all of them wanted to end slavery; several called for purging the state of free blacks so that enslaved workers wouldn’t be influenced by them. Root found most of the petitions in newspaper coverage and compiled them in a book titled “Sons of the Fathers.”

The sentiments were so strong and so numerous that the General Assembly appointed a select committee to consider them. Proslavery legislators fought to keep the committee from taking up the issue of abolition and, in particular, tried to stop the Quaker petition from getting a hearing.

But the House of Delegates voted 93 to 27 to refer the Quaker petition to the committee. And for two weeks in January 1832, the Virginia legislature toyed with the idea of abolishing slavery and emancipating people of African descent.

Thomas Jefferson Randolph, a delegate from Albemarle County, invoked his famous grandfather in calling for a plan to resettle freed slaves in Liberia. The third president, of course, had been shamefully contradictory on the subject. His first act as a young Virginia delegate had been to seek an end to slavery, but he later wrote in his “Notes on the State of Virginia” that blacks were an inferior race. Jefferson also wrote that blacks had been degraded by their treatment by whites. While he maintained in letters that slavery was wrong, he deferred action to future generations.

Randolph proposed letting the people of Virginia (well, the white males) vote on whether to consider abolition. His plan called for a gradual emancipation; the first slaves wouldn’t go free until 1858. But as Wolf noted in her book “Race and Liberty in the New Nation,” the emancipation would begin on July 4, a proposal that “unmistakably recalled Virginians’ attachment to the ideal of universal liberty and the glowing words of Jefferson in the Declaration of Independence.”

One Jeffersonian sentiment that carried power during the 1832 debates was the idea that bondage corrupted master and slave alike. Many of the calls to end slavery argued that it had weakened the work ethic among whites and that it hamstrung Virginia’s economy.

William Brodnax, a delegate from Dinwiddie County who led the militia that put down Turner’s rebellion, owned more than 100 slaves but argued to the Assembly that the institution had caused “the decay of our prosperity, and the retrograde movement of this once flourishing Commonwealth.”

Brodnax submitted a detailed plan for abolition and resettlement. He would have charged a tax of 30 cents per white person and used the proceeds to relocate 6,000 free and formerly enslaved black people from Virginia every year. He calculated that “in less than 80 years there would not be left a single slave or free negro in all Virginia.”

As racist as the Randolph and Brodnax plans were, they were benign compared with the rhetoric that flowed from the other side. The revolutionary ideals of freedom and equality that flowered in Virginia had become twisted and gnarled.

William Roane, a delegate from Hanover County and the grandson of Patrick Henry, argued that slavery was an inescapable fact of human society. “I think slavery (is) as much a correlative of liberty as cold is of heat,” he said. Or if that’s not stark enough for you: “The torch of liberty has ever burnt brightest when surrounded by the dark and filthy, yet nutritious atmosphere of slavery.”

Root said that kind of sentiment was what drew him to study the Virginia debates. “I was looking at the drift from the American founders, the drift from the Declaration,” he said. “And, in Virginia in this one moment, you had a prime chance to do something that may have staved off the Civil War.”

But this was not the founding generation of Virginia leaders. Slave owners from Tidewater held most of the power in the legislature. West of the Blue Ridge Mountains, whites were much more indifferent toward or even opposed to slavery — leading to the eventual separation of West Virginia during the Civil War.

Instead of rising to the founding principles of freedom for all, Virginia’s lawmakers stooped to a new idea of slavery as a positive good. Thomas Dew, who at the time was a professor at the College of William & Mary, wrote an essay called “Review of the Debate in the Virginia Legislature,” arguing that blacks and whites could never live together, that slavery was just part of human existence and that everyone was better off because of it.

Over the next 30 years, his essay became a major underpinning of the case for secession.

Ultimately, the General Assembly passed a resolution that was impotent with compromise. While it acknowledged “the great evils arising from the condition of the coloured population of this commonwealth,” it concluded that it was “inexpedient for the present, to make any legislative enactments for the abolition of slavery.”

Having come so close and failed, the legislature followed up by passing a slate of harsh restrictions on people of color, free and enslaved. They cracked down, for example, against preaching, gathering to worship and learning to read.

The outcome managed to “put Revolutionary-era dreams of a free Virginia firmly in the past,” Wolf wrote.

With that passing, of course, the way was cleared for Virginia’s role as the capital of the Confederacy.

In Southampton County, where Nat Turner carried out his rebellion, generations of residents have struggled with how to regard the bloody chapter of their history. Rick Francis, who is white and who lost several ancestors to Turner’s men, said it’s important to remember the impact of the rebellion. That gives him a sense of pride mixed with tragedy.

“Insurrection got it close, got it tight, but nobody could carry it across the finish line and end slavery,” Francis said. “We became in tune with the hardcore slave states from that point on. And we lost our opportunity to end slavery. But the insurrection got us to a point closer than we’d ever been before.”