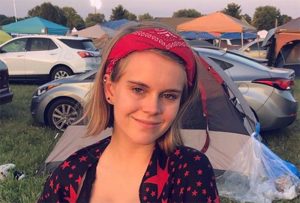 NEW YORK (AP) — An 18-year-old Barnard College freshman has been fatally stabbed in a park in Manhattan.

“With broken hearts, we share tragic news about the death of one of our students,” Barnard President Sian Leah Beilock said late Wednesday in a letter to the campus. “This is an unthinkable tragedy that has shaken us to our core.”

The letter identified the student as Tessa Majors and said she was fatally wounded during an armed robbery near Barnard’s campus. Barnard College is part of Columbia University.

Police said they responded to an assault report at around 5:30 p.m. and found an unconscious woman, who had been stabbed multiple times. She died at a hospital.

There have been no arrests.

Isabel Jauregui, a Barnard student who works on the Columbia Spectator campus newspaper, told The New York Times that students were on edge.