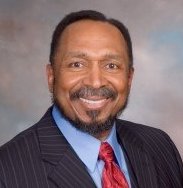 Jackson provoked the loudest ovation of the day at from the tea party-dominated Republican Party convention in Richmond on Saturday, declaring in an impassioned speech, “I am not an African-American, I am an American!”

He won the nomination on the fourth ballot over six rivals. As the only black candidate, he becomes the first black Republican nominee since the party nominated Maurice Dawkins in 1988.

Jackson heads a nondenominational church in Chesapeake and credits his religious background for his shift from the Democratic Party. His first GOP bid for office came last year when he lost the U.S. Senate nomination to former Sen. George Allen.