UPDATE 12:57 p.m.: The Virginia AMBER Alert has been cancelled as of 12:45 p.m. A Virginia State Police Trooper spotted the suspect vehicle while on patrol in Accomack County. Amiyah M. Dallas, 5, was safely recovered. The aunt, Olivia N. Dallas, was taken into custody without incident.

The Virginia State Police and Orange County Sheriff’s Office have issued an Amber Alert for Amiyah Monet Dallas. The child was last seen at 3:50 p.m. on Tuesday, February 18, 2014 at 15239 Mountain Track Road in Orange, Virginia. 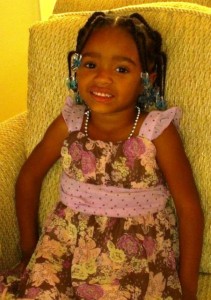 Amiyah Monet Dallas was last seen in the custody of her aunt, Olivia Dallas, who is described as a black female, 5 foot 3 inches tall, 110 pounds, black hair and hazel eyes. The abductor has a history of depression and drug use. 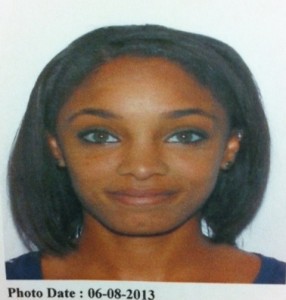 They may be traveling in a burgundy 2001 C240 Mercedes, with Maryland tag 8AFZ03. Their whereabouts are unknown. The investigation has led investigators to classify case as an abduction and believe the missing child could be in imminent danger. The aunt has connections to Maryland and South Carolina. Anyone with information needs to call Orange Co. Sheriff at (540) 672-1200 or State Police at #77 or (800) 822-4453.