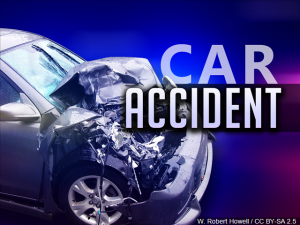 Virginia State Police is investigating a two-vehicle crash, which resulted in a fatality. The crash occurred Wednesday (June 22) at 8:40 a.m. on Route 116, two miles north of Route 122 in Franklin County.

The driver of the Hyundai was identified as Jonathan Eric Lewis, 44, of Danville, Va. Mr. Lewis was not wearing his seatbelt and was transported to Roanoke Memorial Hospital, where he later died.

Virginia State Police are also investigating a single vehicle crash, which resulted in a fatality. The crash occurred Thursday (June 23) at 12:27 a.m. on Wades Gap Road, at the intersection of Dillon’s Mill Road in Franklin County.

A 2006 Chevrolet Malibu was traveling south on Dillon’s Mill Road, when the vehicle ran off the right side of the roadway and struck an embankment.

Jason Lynn Hicks, 44, of Boones Mill, Va., drove the Chevrolet. Mr. Hicks was not wearing his seatbelt and died at the scene.