The Henry County Sheriff’s Office says two people face charges connected with the killing of a man and woman whose bodies were found in a burning car 17 months ago. Sheriff Lane Perry says the car was found along a Bassett area road the morning of May 23rd, 2011. 33-year-old Robert Lawrence and 31 year old Amanda Massey found dead inside. Sheriff Perry says Darius Younger faces capital murder, robbery and numerous related charges; he is already imprisoned on other charges. Charges against Kayla Mae Bowman include carjacking and concealing evidence. The Sheriff did not release much more information, saying the case is not entirely wrapped up. 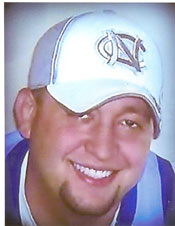 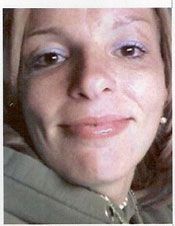 The Henry County Sheriff’s Office is announcing that indictments were handed down on two individuals yesterday, Darius Taylor Younger, 21yoa male and Kayla Mae Bowman, 20yoa female.  Darius Taylor Younger was indicted for three counts of capital murder (18.2-31), three counts of Use of Firearm in Commission of Murder (18.2-53.1), one count of Robbery (18.2-58), one count of Use of Firearm in Commission of Robbery (18.2-53.1), and one count of Maliciously Shoot into Occupied Vehicle (18.2-154). Kayla Mae Bowman was charged with one count of Carjacking (18.2-58.1) and one count of Concealing or Compounding Evidence of a Felony (18.2-462).   These charges are in reference to the murders of Robert Walker Lawrence, 33, and Amanda Ann Massey, 31 on or about May 23, 2011.  Kayla Mae Bowman has been arrested and is in the Henry County Jail under no bond.  Darius Taylor Younger is currently incarcerated, and is serving an active sentence in the Virginia Dept. of Corrections for an unrelated crime.  Arrangements are being made through proper court orders to serve these indictments promptly.

The identities of the bodies were made through the comparison of known DNA of the victims’ family members.  It was determined that the bodies found in the vehicle were that of Robert Walker Lawrence, 33, and Amanda Ann Massey, 31.   The information received as to the identity of the victims was from preliminary findings of the autopsy and the cause of death and other information has not been determined at this time.

The Henry County Sheriff’s Office and the Henry County Fire Marshal’s Office are investigating a vehicle fire that occurred on May 23, 2011 on Willie Craig Road Bassett, VA.  On May 23, 2011 a call was received at approximately 5:30 am by the Martinsville / Henry County 911 Center in reference to a vehicle fire at the former green box site on Willie Craig Road in Bassett, VA.  After the fire was extinguished by the Bassett Volunteer Fire Department, it was discovered that two bodies were located inside the vehicle.  The vehicle involved is a 2001 Daewoo belonging to Mallory Lawrence of Patrick County, Virginia.