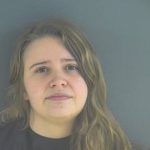 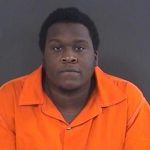 NEWS RELEASE: On 9/12/20 Bedford County Sheriff’s Deputies and Investigators responded to an address in the Forest area of the county after receiving a call from an adult male stating that he had been Abducted, Beaten,  and Robbed at an address in Roanoke County and then transported by the suspects to his address in Forest, VA where he was held against his will and more items, as well as his vehicle, were stolen by the suspects.  The victim identified Michelle Lea Nester of Salem Va. as being a suspect and the initial crime beginning at her residence in Roanoke County.  Michelle Lea Nester was arrested near her residence on 9/12/20 and charged with Abduction, Robbery, and Grand Larceny (Bedford County Charges).  A joint investigation continued with Bedford County Sheriff’s Office Investigators and Roanoke County Police Department Investigators where more charges were brought against Michelle Lea Nester and other suspects were identified and charged by Roanoke County Police Department.  On 10/5/20 warrants for Robbery, Abduction, and two counts of use of a firearm in commission of a felony were obtained by a Bedford County Sheriff’s Office Investigator on Khairajhn Muhammad Sims of Roanoke VA.

This is an ongoing investigation and anyone with any information is asked to contact Inv. Edmondson of the Bedford County Sheriff’s Office at 540-586-4800 ext. 4061 Or Inv. VanPatten of Roanoke County Police Department at 540-777-8629