Two area school systems to merge into one 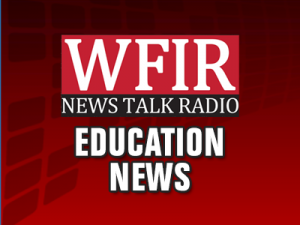 NEWS RELEASE: The Virginia Board of Education today approved the consolidation of Alleghany County Public Schools and Covington Public Schools to form a single school division, effective July 1, 2022. The action came at the request of the two school divisions, which are two of the commonwealth’s smallest in terms of enrollment.

In 2019, the Alleghany County and Covington school boards formed a Joint Committee on School Consolidation to develop a consolidation plan. The move toward merging the two divisions was prompted by concerns in both divisions about declining enrollment, and recognition of the potential advantages of pooling of resources as a means of expanding opportunities for students.

Public hearings were held in both localities in September, and a proposal to combine the two divisions under a single school board and superintendent was formally presented to the state Board of Education in November. Both the Alleghany County Board of Supervisors and the Covington City Council adopted resolutions endorsing the merger.

Under the consolidation plan, county and city students will be merged into a single student body of approximately 3,000 students at the beginning of the 2023-2024 academic year. The four existing county and city elementary schools will remain open, but the consolidated division will have a single middle school (housed in the current Covington High School building) and a single high school (housed in the current Alleghany High School building).

“I congratulate everyone involved in this process — school board members, the division superintendents, community leaders, local government officials, parents and students — for their vision in creating a plan to expand opportunities for students in both the county and the city,” Board of Education President Daniel Gecker said.

Article VIII of the Constitution of Virginia vests the Board of Education with the authority to divide the commonwealth into school divisions that promote the Standards of Quality. Section 22.1-25 of the Code of Virginia spells out the details of the process and the state board’s role and authority. Under the code, the board can consider the consolidation of existing divisions based on the following criteria:

Today’s action by the Board of Education marks the second consolidation for Alleghany County Public Schools. In 1981, the state board approved the merger of schools in Clifton Forge into the county system.